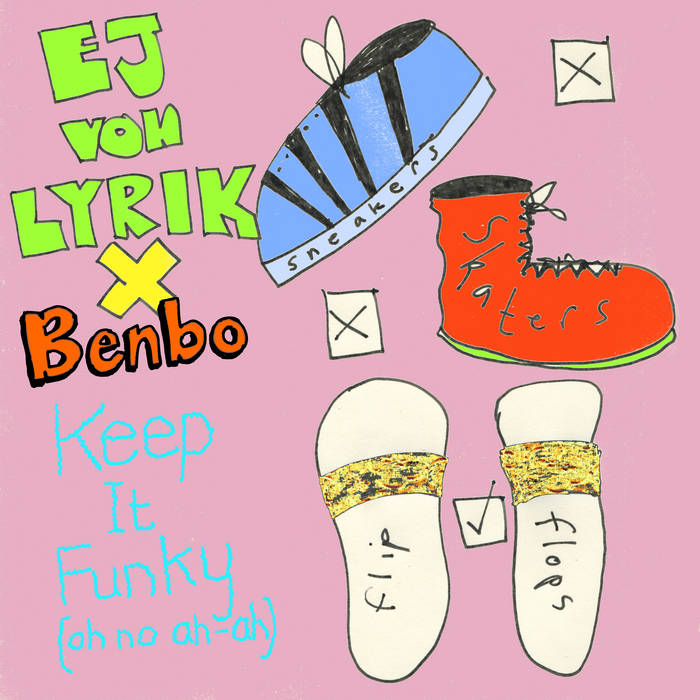 Cape Town’s EJ von LYRIK, once hailed by Public Enemy’s Chuck D as in the 'top five of all time female Emcees ever,' is about to punch a hole in her one-way ticket to the Netherlands – but not before she lights a fire under the South African summer with Friday night party anthem ‘Keep It Funky (Oh No Ah-Ah)’.

The flames have been kindling since December 2013, when EJ's lead vocal landed in the inbox of London-based collaborator extraordinaire Benbo.

Itchy fingers and a healthy disregard for genre confines had already taken Benbo on a virtual round-the-world journey with music-makers from Melbourne to Cologne, Dubai to Detroit – while in Cape Town the equally maverick EJ, fresh from another massive guest spot with the double SAMA-nominated Mix N Blend, had launched her second solo album.

Connecting through Benbo’s support for it on his radio show, the two began shooting ideas back and forth over SoundCloud, till EJ heard the original beat for ‘Keep It Funky’ (snappily-titled ’52-65-03’) and sped into her studio to lay down the beat-perfect rap and insanely catchy chorus.

So why the three-year delay to finish the track? Well – both collaborators being expert knob twiddlers, there was a LOT of tuning to do to get in shape for take-off. But with a nu-disco polish from enigmatic Brit ex-pat Pan Electric, a funked up block-rocking rework by Do Work Records’s fellow Capetonian RVWR, and a belter of a deep house remix by the golden flip-flopped Benbo, this jet-powered bird is finally ready to fly. To the runway...